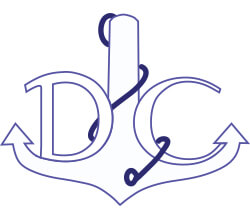 In September 2010. Houston office was incorporated to serve the Oil & Gas Industry. The Company is a premier logistics Company in this space and offers time bound & cost competitive door to door logistics solutions to the Oil & Gas Equipment OEM suppliers. By end of 2010, the differentiation between consolidation and freight forwarding services got blurred worldwide and the Indian consolidation operations were merged with Fairmacs operations in India. Draft Cargoways USA gross turnover in 2015 stood at about US $7 million. The Company handled over 5000 Teus in USA exports to Asia and over 1000 Teus in Imports from Asia & Europe during this period. The Company is working on expanding its business in new trade lanes covering South America, Australia & African markets to further serve our customers rising demand for shipping movements from these Geographical locations.

Draft Cargoways vision is to become a leading logistics service provider through constant innovation that enables us to build and operate an integrated world of logistics services, that provide absolute customer satisfaction.

To deliver a range of innovative solutions that are structured to facilitate greater speed and efficiency for our customers, so that they can focus on their core business. A personalized, legally compliant and cost competitive service with ability to consistently deliver that stands out. With offices and dedicated partners across the world, we affirm that ‘Nothing is impossible’.

We are committed to doing the right thing, every time. We maintain the highest ethical standards of conduct at all times and pursue and advance professional responsibility in everything we do. Assignments will be fulfilled .Take responsibility for what has been done

“ We make a difference “

We believe in excellence and practice a continuous process of improvement and innovation.
Our Services
Sea Freight
Air Freight
Project Cargo